International VW van meeting | Lenk-Simmental
From 18 January, shops that do not sell everyday goods will be closed. Some shops offer a home delivery/pick-up service.

Vanmania in the Bernese Oberland 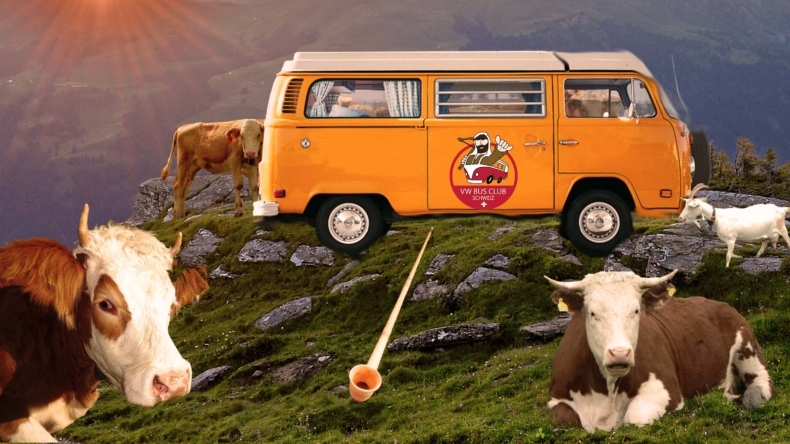 Experience the international VW van meeting at the bottom of the most beautiful valley in the Alps. Non van-owners are also welcome!

The VW van meeting is being held for the first time at Lenk. Around 400 VW van fans from all of Europe are expected at the meeting. You will be able to see the following well looked-after vehicles, for example:

Different vans will be on show during the meeting. On site you can also enjoy a diverse supporting program with different bands, attractions for children and adults as well as culinary treats.

Location
On the premises of the KUSPO sports and activity centre.

You can find more information on the website of the Switzerland VW van club.