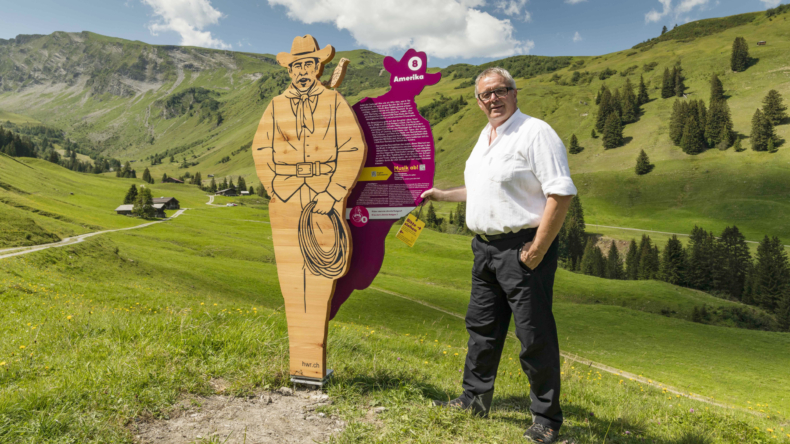 The yodelling trail begins at Alp Dürrenwald, and it is also where the St. Stephan Yodel- ling Club and its conductor of many years, Ueli Moor, wish to convey something of their passion for yodelling and AlpKultur®. On this circular walk, you gain insights into the ori- gins, technology and diversity of the vocal artistry of yodelling.

It is places such as Alp Dürrenwald where natural yodelling originated and where what is known as the “call” is passed on from generation to generation. This is where Ueli Moor learnt to yodel as a child, and where many melodies and ideas for his 50-plus songs and “natural calls” later “came to him”. Alp Dürrenwald is now run by Ueli’s brother Chrigel and his wife Susi. It is recommended that you visit their alpine restaurant before or after the walk.

Arrival
By car, minibus (groups), motorbike or bicycle from St. Stephan to Alp Dürrenwald to the starting point of the circular trail.

lenk-simmental.ch uses cookies to provide you with the best possible service. By continuing to browse the site, you agree to the use of cookies.
Accept AllCookie Settings
Manage consent.